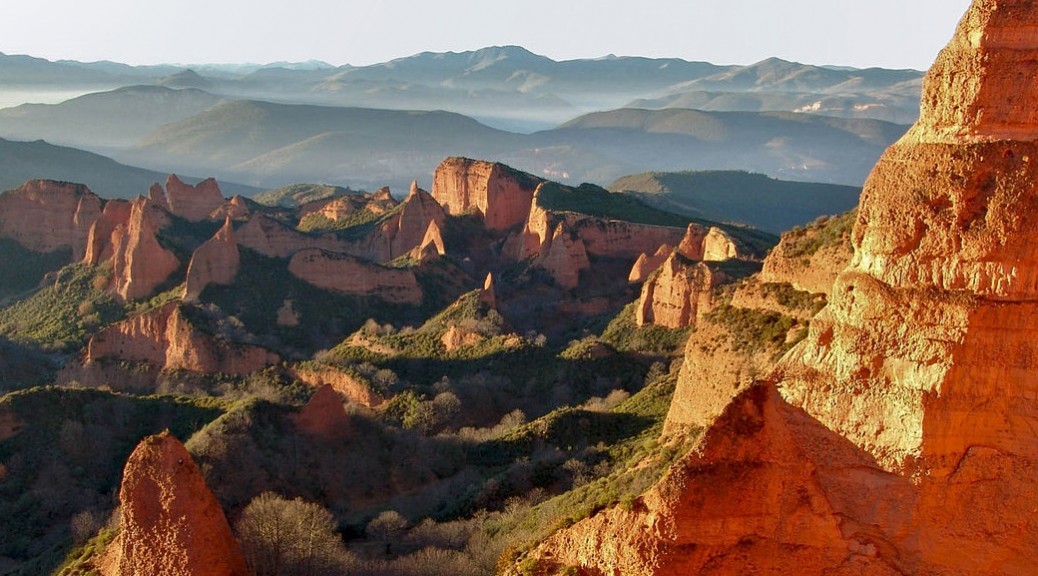 In October I was walking the camino in the Bierzo valley and just up from Pieros I again took the “Camino Viejo”, the old camino that goes to the right and passes through a small hamlet called Valtulle de Arriba where one turns left at a low fountain.

This almost forgotten camino deviation is well worth the walk, though its probably 1km longer and has a series of small rolling hills. However one is rewared with great scenery, through vineyards, so it was interesting in autumn to see the grapes getting picked.

I ran into some locals who pointed out to me features in the landscape that are the ruins of Roman forts, used to protect the gold mines known as Las Medulas. For a time this was the largest gold mine in the Roman Empire, so a lot of forts and observation posts were needed in the valley for the gold to be extracted securely and carried safely back to Rome.

The locals also told me some years ago they had found gold Roman coins whilst tending to the grape vines! Las Medulas are now a world heritage site and well worth visiting